Below are the Keynote Speakers confirmed for the IoMT 2021 workshop: 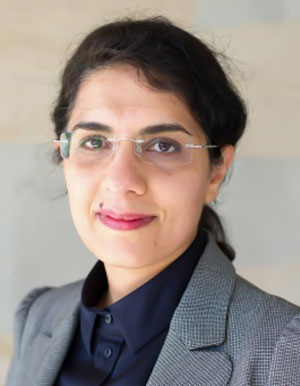 Abstract: This talk is to present a novel mechanism for combining Physical Layer Network Coding (PNC) and Index Modulation (IM). The performance is of joint PNC and IM is expected to strike a good balance between spectral efficiency (SE) and energy efficiency (EE). For example, PNC has the tendency to increase SE because it accommodates interference, allowing many nodes to transmit at the same time, generating a function of the received interference in a way that each transmitting node could infer what the other transmitted, if each decodes this function of the interference. In the case of IM, both EE and SE increase due to it allowing few resources to be used in transmission, yet achieving the same capacity gain, as if all resources were utilized. Beyond 5G (6G communications), EE and SE are expected to be some of the main metrics that applications of extreme ultra-reliable low-latency communications (URLLC) would have to satisfy, and a joint PNC and IM will play a complementary role in meeting these performance KPIs.

Bio: Dr Leila Musavian received her PhD degree in Telecommunications from Kings College London, UK. She is currently working as Deputy Pro-Vice-Chancellor for Research at the University of Essex and as a Professor in Telecommunications at the School of Computer Science and Electronic Engineering.  Prior to that, she was a Lecturer at InfoLab21, Lancaster University (2012-2016), a Research Associate at McGill University (2011-2012), a research associate at Loughborough University, UK (2009-2010) and a post-doctoral fellow at INRS-EMT, Canada (2006-2008). Her research interests lie in Radio Resource Management for Low latency communications, 6G/B5G/5G, mmWave Communications, Massive MIMO and Energy Harvesting Communications. She is editor of IEEE TRANSACTIONS OF WIRELESS COMMUNICATIONS and has been Executive Editor of Transactions on Emerging Telecommunications Technologies between 2016-2019 and she was Associate Editor of Wiley’s Internet Technology Letters. She has been lead chair UHS5G WP in IEEE Globecom 2018, UHSLLS WP in IEEE WCNC 2019, lead chair for URLLC Special Session in IEEE PIMRC 2018, TPC Co-Chair of CorNer 2016 (in conjunction with ISWCS 2016) and Co-Chair of mmWave 5G (STEMCOM 2016) and also TPC member of several conferences including IEEE ICC, IEEE GLOBECOM, IEEE WCNC, IEEE ICCCN, IEEE PIMRC, ChinaCom, etc. She was the workshop co-chair of VTC-Spring-2020 and is currently the Wireless Communications Symposium Lead Co-Chair for IEEE ICC 2021, in Montreal, Canada. 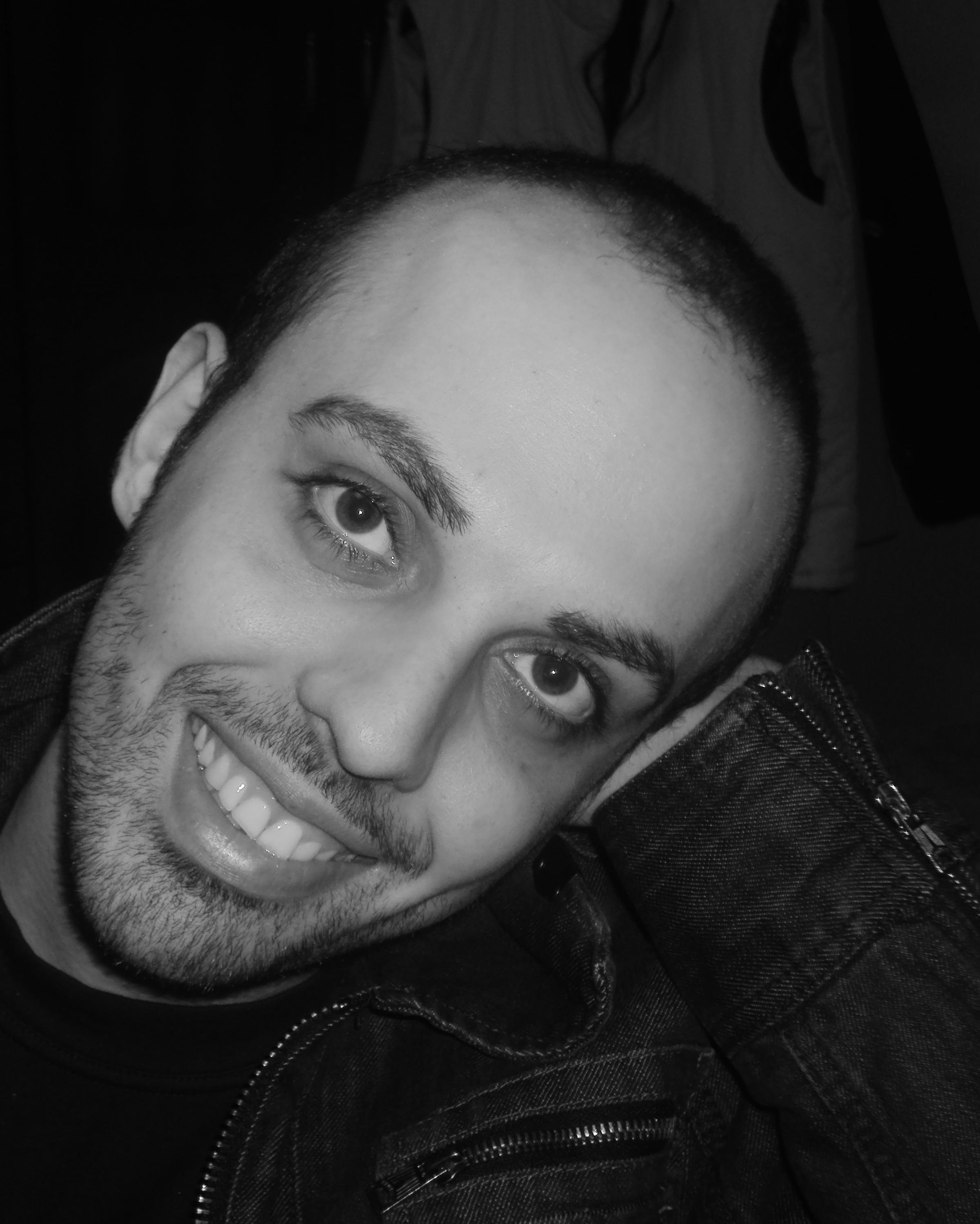 Abstract: With the advent of the Internet of Things (IoT) paradigm, billions of tiny devices with sensing, computation, and communicating capabilities are being used in numerous areas of everyday life, e.g. connected industry and vehicles, smart cities, healthcare, etc. In all these domains, such devices are required not only to use existing Internet standards to provide services for information transfer, analytics, applications, and communications, but also to “sense” the environment by interacting with the physical world. In these applications, spatially-separated sensors, are used to form a wireless sensor network (WSN), whose aim is usually to perform decentralized inference, such as distinguishing the absence/presence of a certain phenomenon of interest or estimating a parameter field. Sadly, while WSNs enable the capitalization of spatial-diversity to distill valuable information unattainable by a single sensor, there are numerous challenges in their effective usage, which hamper algorithms attempting to fuse/aggregate information & measurements coming from (possibly) heterogeneous sensors. These challenges can be summarized as: (i) uncertainties in the model characterizing the sensing devices, (ii) a challenging and crowded reporting wireless channel, (iii) battery-limited lifespan of sensors, and (iv) phy-layer security issues related to wireless medium.  This talk will cover design solutions attempting to solve the aforementioned four issues by means of advanced (i) composite hypothesis testing tools and (ii) wireless communication techniques.

Bio: Domenico Ciuonzo is an Assistant Professor at DIETI, University of Naples, Federico II, Italy. He received the B.Sc. and M.Sc. (summa) degrees in computer engineering and the Ph.D. degree from the University of Campania "L. Vanvitelli", Aversa, Italy, in 2007, 2009, and 2013, respectively. Since 2011, he has held several visiting appointments: NATO CMRE, IT (2011);  ECE Department, University of Connecticut, US (2012); Department of Electronics and Telecommunications, NTNU, Trondheim, NOR (2015 and 2016); Centre Tecnològic de Telecomunicacions de Catalunya (CTTC), Castelldefels, ES (2018). His reviewing activities were recognized by the IEEE Communications Letters (in '13, '17 and '19), IEEE Trans. on Communications (in '14), IEEE Trans. on Instrumentation and Measurement (in '16), IEEE Transactions on Wireless Communications (in '17 and '18) and MDPI Sensors (in '17), which nominated him Exemplary Reviewer. He also received a similar recognition (“Top Reviewers” Award) for the whole MDPI publisher in 2017. Furthermore, his editorial activities were recognized by the IEEE Communications Letters, which nominated him Best Editor in '18 and '19, respectively.  Since ‘14 he has served as Associate Editor for several IET, Elsevier and IEEE journals. Currently, he is also an Area Editor for the IEEE Transactions on Aerospace and Electronic Systems and the IEEE Communications Letters. His research interests fall within the areas of data fusion, network traffic analysis, statistical signal processing, IoT and wireless sensor networks and wireless communications. Domenico Ciuonzo has co-authored 85+ journal and conference publications within highly-reputed venues. Since 2016 he is an IEEE Senior Member.  In '19, he received the Best Paper Award at 4th IEEE ICCCS. In '19, he was the recipient of the "Exceptional Service Award", from IEEE Aerospace and Electronic Systems Society (AESS).  In '20 he received the "Technical Achievement Award", from IEEE Sensors Council for the area Sensor Systems or Networks (early career). In '20, he received the Best Paper Award from Elsevier Computer Networks for the publication “MIMETIC: Mobile Encrypted Traffic Classification using Multimodal Deep Learning“. He is co-author of the book “Data Fusion in Wireless Sensor Networks: A Statistical Perspective”, published by the IET (Apr. 2019). D. Ciuonzo has served and serves as independent reviewer/evaluator of research and implementation projects and project proposals co-funded by many EU and non-EU parties.